For the last few days, I’ve seen my social media timeline filled with grief expressed by my African American friends and colleagues. I’ve seen fellow church planters and pastors, with whom I’ve attended many a conference and training, expressing their emotional exhaustion in the face of the killing of yet another black man, the killing of #GeorgeFloyd. When my colleagues, with tears in their eyes, talk about how they have to train their boys from an early age to be as submissive as possible in front of law enforcement – or their wives voice fears that not even their husband’s post-graduate degree in theology, or ordination in a reputable denomination, is sufficient to raise their credibility above the colour of their skin – I’m left without words to try and comfort and console.

I do so very much want to bring comfort and consolation, but for me, I think introspection is perhaps my most valuable contribution right now. I’m white and I live in South Africa, a country with an incredibly racialized past and present. But I’m not going to speak as a white male, because that would allow critics to chime back, “Not all whites…” – and I’m not going to give you that opportunity. I’m just going to speak for myself – take it or leave it.

The big question is whether the killing of George Floyd is a tragic case of police brutality or part of larger systemic racism present in the US. In South Africa we’ve had numerous conversations about systemic racism – this is not something new or foreign to us. Like our friends over the Atlantic, views on the issue are greatly polarized, to the point that people don’t want to talk about it simply because of the uncomfortable experience it engenders. But I have to talk about it, because that systemic racism is in me. Let me explain…

The other racially charged story coming out of the US at the moment is the Amy Cooper story and her horrific comment, “I’m going to tell them there’s an African American man threatening my life.” That’s what weaponizing race looks like. And presumably she’s only able to weaponize it that way because there’s a fertile social fabric it’ll take root in. Is that social fabric in South Africa? I think so, because Amy Cooper is in South Africa – I felt Amy Cooper in my own heart just a few days ago.

On the 22nd of May video footage emerged of a white female being manhandled by the police in Strand in the Western Cape. I watched the video and outrage boiled up inside of me. Some news outlets reported she was a jogger, exercising in the window permitted during lockdown. I don’t know all the details. I know I felt indignation at the behaviour of the police. But as soon as I started to process that feeling I became disheartened. I became disheartened because in the weeks prior to that video I’d seen several reports, and footage, of black people being manhandled by the police and the SANDF. Upon seeing those reports that same level of indignation just didn’t rise up in me. I was unhappy about them, for sure, but I didn’t have that gut instinct of rage that appeared when I watched the video of the white female jogger. Why?

The cold hard disconcerting answer that I came to in my own head and heart is that I, almost subconsciously, devalue black bodies. There’s no way around it. I don’t hold any personal malice towards black people, I don’t hate them, I don’t wish them ill will, yet somewhere deep down there’s this ungodly partiality. How did it get there? I can guess. I’m old enough to remember the adults around the braai speaking about how the “terrorist” Mandela was going to be released from prison and how we were going to have to go to Australia to get away when the blacks took over. That’s got to do something to your psyche. I’m also bombarded by the same reality my young children are suddenly – and tragically – becoming very aware of, that wherever you look in our city black people are largely in impoverished positions of service propping up the white authority figures. That’s got to do something to your psyche. I can mention other things, but in the end it seems I’ve so imbibed the narrative of white supremacy and black inferiority that it still affects my gut instincts. And this has happened to me even while I’ve endeavoured to teach and preach against racism and partiality and behave consistently with that message. That’s what systemic evil is. That’s why it’s so insidious and so hard to combat. That’s why, if I’m honest, there’s a bit of Amy Cooper inside of me. And that’s why (and this is the last one) there’s a sense in which I’m a danger to my black brothers and sisters.

What my black brothers and sisters need from me more than anything right now is not primarily words of comfort and consolation. What they need is for me to do the hard uncomfortable work of going deep down inside and re-wiring my system so that I’m not a danger to them anymore. This is my story, I’m not extrapolating it to other whites, they can speak for themselves. But I suspect my story is not unique. And so if you know, deep down, that this is your story too – that there’s a little bit of Amy Cooper inside of you – then won’t you consider joining me in attempting to do that hard uncomfortable work.

The brutal murders of George Floyd (“I Can’t Breathe)in the States and Tshegofatso Pule, in South Africa earlier this month was a testimony to the awful reality that, in our world, some lives matter more than others. In this episode, David and John reflect theologically on the Black Lives Matter (#BLM) movement and in particular its significance for South African today. A narrow gospel focussed only on individual salvation has little to say to the realities of racism and gender-based violence, David and John argue instead for a recovery of a robust doctrine of the Imago Dei (Image of God). Finally, they explore the role of the church in the fight against racism and gender-based violence? 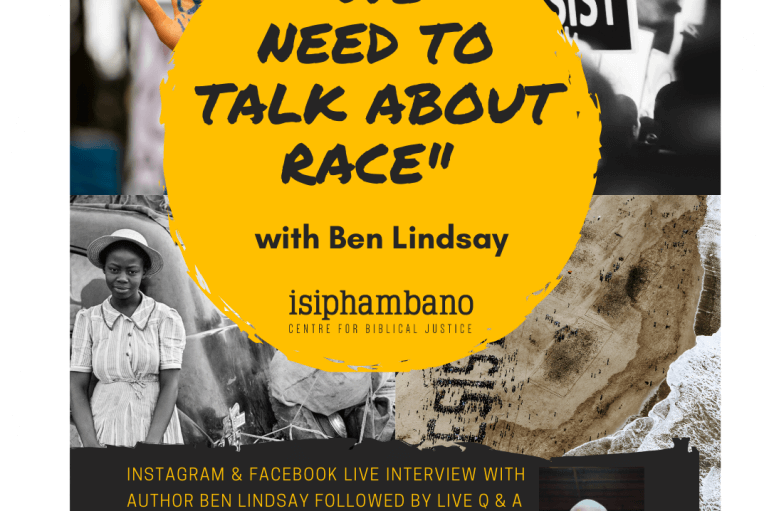 We Need to Talk About Race 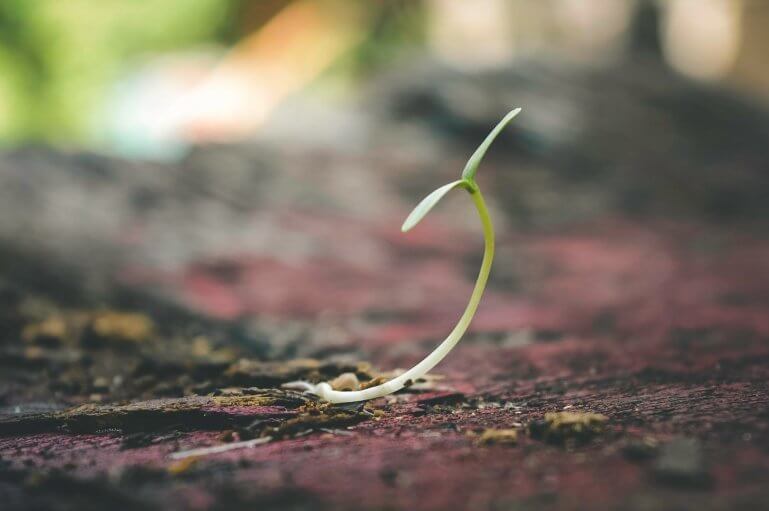 Reflecting Contextually & Theologically on the Realities of COVID-19

Isiphambano recently hosted a Round-table Discussion with previous and current cohort participants. Below is an outline of the text and questions which we used to guide our reflections.

Education on Lockdown (with Heidi Segal from Outliers)

In this episode David and John sat down with Heidi Segal from Outliers to talk about the impact of the COVID-19 lockdown on education, the proposed phased reopening of schools, the realities of long-term structural inequalities in education and how the work of Outliers is positioned to address some of these challenges. The discussion also touched on how we understand the gospel and the role of the church in addressing both the present crisis as well as the prevailing crisis of structural inequality. 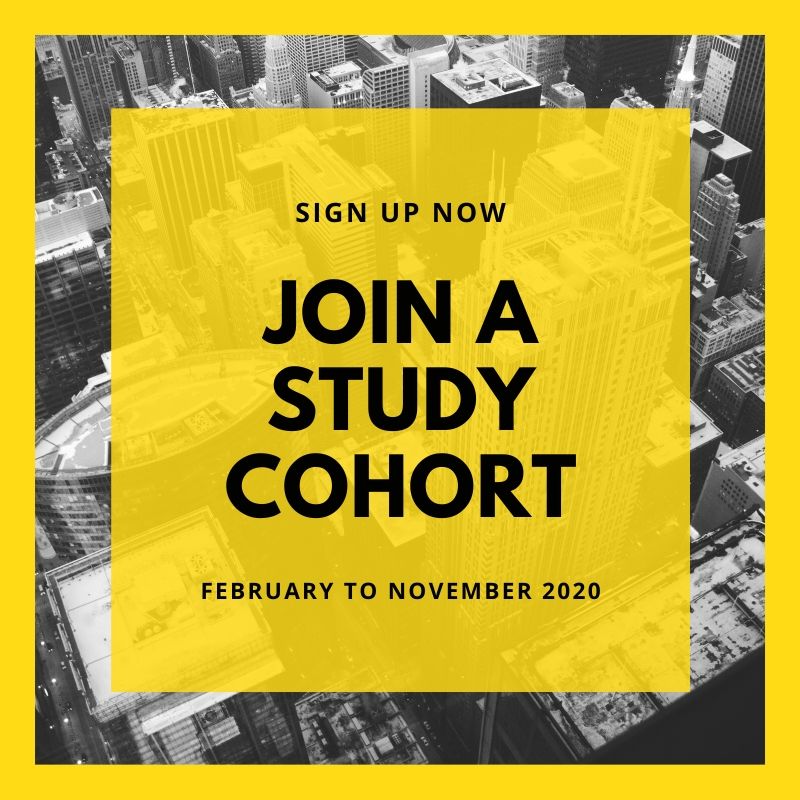 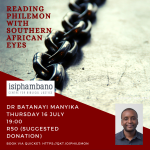 Philemon is not just a letter about a first-century master and slave but a window into what applied theology looks like in a Pauline community. In this seminar we will unpack the construction and intention behind this letter, as well as its history of interpretation. We will examine the gospel’s influence on slave-master relationships in… 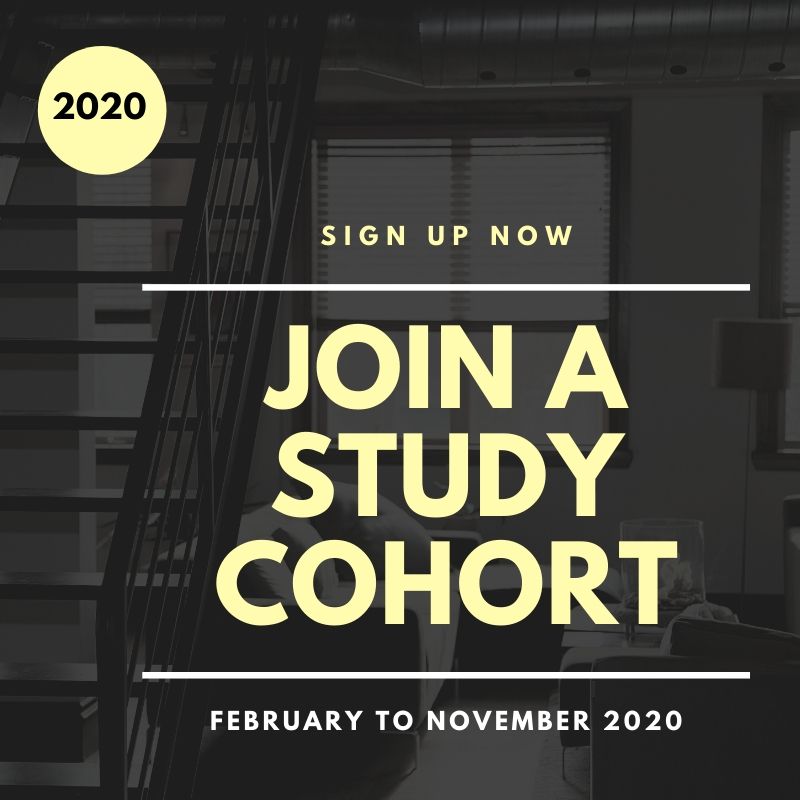 Donate
We are a non-profit organization that is fully-funded by individual gifts and ministry partnerships. Your contribution will go directly toward the production of more gospel-centered, church-equipping resources.