In this post we will focus on Christian leaders who want to decolonise their churches but do not know where to start.

When we speak about the decolonisation of the church we mean the removal of Western notions of superiority and the denigration of African ideologies for the purpose of maintaining white people’s monopoly on what true evangelical Christianity is. Decolonisation is not the transformation or reformation of current ways of thinking and knowledge-making which are inherently hierarchical. It is doing away with such hierarchical structures in the first place so that we can humbly seek God without depending on these hierarchies as interpretative lenses. The current structure is Eurocentric and white supremacist.

You will not affect meaningful change in your church if you don’t believe in the decolonisation of your own mind and heart as the first steps. This is because Christian leadership is relational, our people learn from words, actions and passions. We disciple people into the God we worship, if our view of God is flawed, what we teach will also be flawed and allow practice that is flawed. You need to be aware of how white supremacy and Eurocentrism limit your view and worship of God. The Holy Spirit can change white people with supremacist tendencies and black people who have developed a disdain for their own personhood. But it will not happen without a conscious effort on your part to figure out how colonial forms of thinking have created biases in how you approach God’s word.

Pray for a Transformed Heart:

You need to acknowledge that you have allowed white supremacist thinking to corrupt your heart and mind. You need to take this sin to the cross and crucify it. You need to trust that God, though his Spirit, is willing and able to strip your heart and mind from conformity to the white supremacist pattens of this world, as well as the desire to to conform to them. I mention this desire because the truth is, for some people, conforming to these patterns yields benefits, the loss of which feels like the loss of life, of self-identity, which means whiteness has become an idol for many. Pray for a heart that hates racism and loves justice. The internal work of crucifying the sin of partaking in white supremacy is not an event but a continuous unrooting of a sin that has taken root not only in the hearts of individuals, but also in the communal systems in which we operate as individuals. You will have to daily put off this sin and put on the righteousness that accompanies obedience to the commandments to love God and neighbour.

Love One Another with the Truth:

God has given us the Christian community so that we may build one another up in the faith. White Christians will not dismantle the racism in their hearts if they only surround themselves with other white people who share the same worldview as they do. Just as Peter needed Paul to tell him he was not acting in line with the gospel, every white Christian leader serving in South Africa needs gospel-minded black people around them who will love them enough to tell them the hard truth. You will need to invite honest engagement and be willing to see criticism as not a hatred of you but of sin.

Black Christians who have been put in multiracial contexts need to be courageous in the face of injustice and speak up. The silence of black people will only exacerbate white supremacy to thrive in evangelical churches. We must not ignore the promptings of the Holy Spirit out of fear of conflict. Your commitment to God should be seen in your commitment to God’s truth, especially in the face of opposition. The kingdom of God belongs to those who are willing to suffer for doing good.

The Westernisation of the Christian faith has robbed black people of the opportunity to see themselves in God’s story. This has led to the impression that Christianity is the white man’s religion. But this could not be further from the truth. Apart from the fact that Jesus was a brown Middle Eastern man, we forget that the backdrop of Christianity is the Middle East and Africa. Its early development included Africans. It is unfortunate that little is taught in our seminaries about the Ethiopian Church’s role in the Reformation. Eurocentrism means reformed churches see Martin Luther as a church father but ignore the multicultural lineage which inspired his work. Fight to ground your knowledge of modern African church history in facts and not in assumptions.

Listen to black Christian theologians, musicians and speakers. Read books written by black authors without Western permission. There are more Christians in Asia, the Middle East and Africa than in the West but black people are largely unheard by African evangelical Christians until they feature in predominantly Western platforms. We have all implicitly given them permission to be gatekeepers of Christian orthodoxy. But we do not need to be given a voice; we need to be heard and respected as equally credible handlers of God’s word. White Christians perpetuate the stereotype that “white is right” through their unquestioning support of Western content even though alternative voices exist. South African evangelicalism needs a spiritual detox from Western culture, it begins with listening to black Christians and engaging meaningfully with content from alternative contexts.

One of the benefits of being white in Africa is the ability to thrive without ever learning any indigenous African languages. Black Christians, on the other hand, bend over backwards to accommodate white people by learning their languages, coming into white spaces to serve, and listening to white Christian teachers. It is not as if white people are incapable of learning other languages. Rather they know that wherever they go their whiteness will serve them and black people will accommodate them. Any white person who would renounce white privilege and relate to black people on equitable terms needs to humble themselves and do as blacks do; funda isintu Mzalwane.

There are also black Christians who exist in proximity to white privilege and are often financially dependent on white people. You wield power because you are often used as the black focus group to test racist decisions or arguments. You are used by white leadership to chastise those who advocate for racial justice. I call upon you to speak the truth in love.

Photo by Emre Can from Pexels 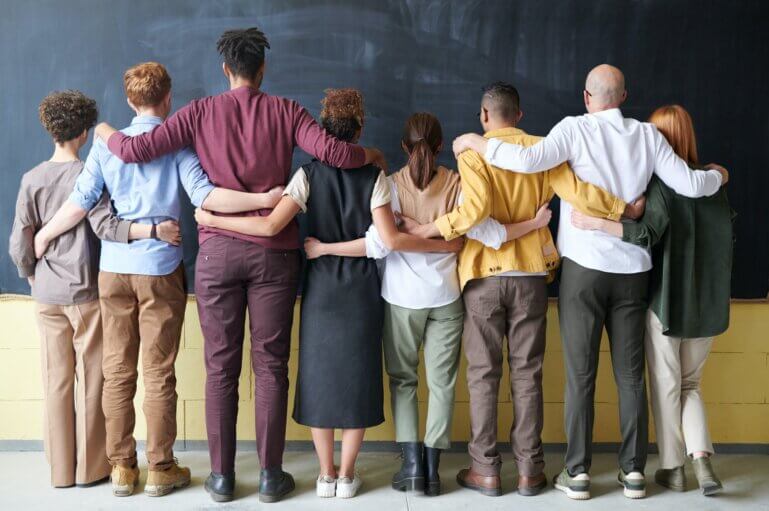 Church Diversity is Not Enough

Church diversity is not enough… The recent protests for racial justice in the world have had Evangelical Christian organizations everywhere scrambling to put out sermons, statements and hold zoom conversations addressing racial injustice. I fear that when we go back to the new normal, churches who have members and leaders from different backgrounds will see… 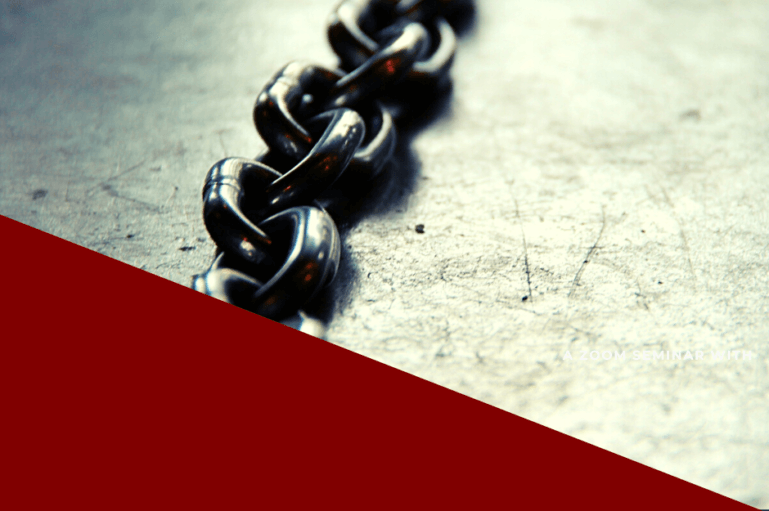 Philemon is not just a letter about a first-century master and slave but a window into what applied theology looks like in a Pauline community. In this seminar, Dr. Batanayi I. Manyika unpacks the construction and intention behind this letter, as well as its history of interpretation. He further examines the gospel’s influence on slave-master relationships in the first century and how these findings might be appropriated for a gospel motivated transformation of social orders. In particular, he explores how we may apply Philemon to the relationships between Christian employers and Christian domestic workers. 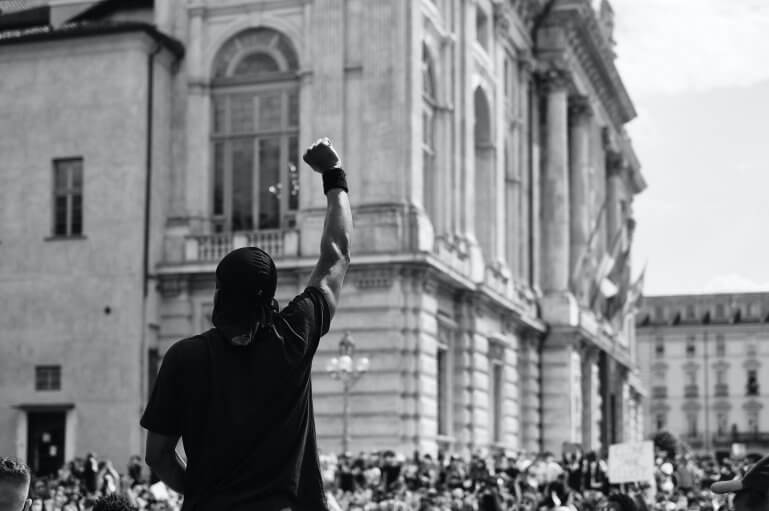 Repentance in a Time of Awakening

I confess that this current moment of racial awakening in white society and in “evangelical” churches has me deeply conflicted. I have never seen so many prominent white or multi-ethnic (with white leadership inevitably) “evangelical” churches addressing issues of race and injustice concurrently. Of course, we have traditionally had the bi-annual sermon or workshop on racism or caring for the poor but nothing like the sheer volume of sermons, panel discussions, workshops, and statements currently being produced. I should be excited right? 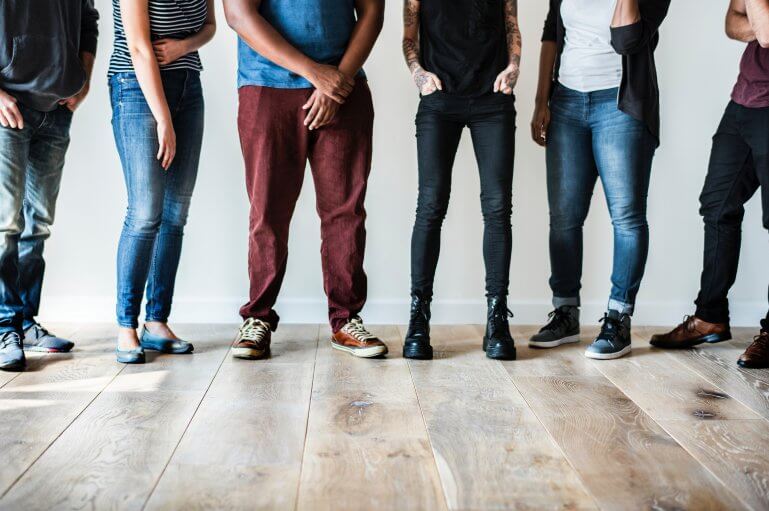 Made in the Image of God: Some Contextual Reflections

Interpretation is, in the words of David Bosch, always a creative tension between text and context. There are no neutral or abstract interpretations of Scripture.

How then do we read and interpret Scripture in the context of a county like South Africa, with such a rigidly racialised past and a vastly unequal economic and racial present? 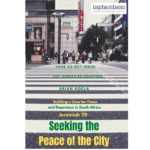 Seeking the Peace of the City: Building a Case for Peace and Repentance in South Africa

In our latest online seminar Pastor Brian Koela will explore Jeremiah’s letter to the exiles (Jeremiah 29:1-8) in particular his injunction that they “seek the peace of the city”. In this seminar we will explore what it might mean for us to seek the peace and prosperity of our own very different cities, paying particular attention to the call to repentance and shalom (peace). 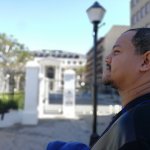 The Story of the Church